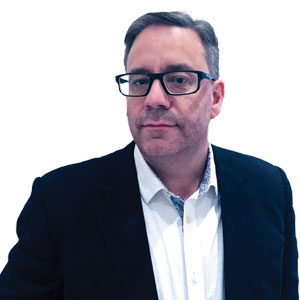 Richard Clark, CTO
When a team from one of Salesforce’s Platinum consulting partners witnessed firsthand the difficulties of testing the Salesforce user interface (UI), they decided to resolve the issues. This led to the founding of Provar, an intuitive end-to-end Salesforce UI testing platform. “One of the biggest shortcomings faced by enterprises using Salesforce is the lack of resources to test the UI,” says Richard Clark, CTO at Provar. With an experience of over 30 years in CRM sales and service, Richard brings rich DevOps knowledge and experience into the Salesforce ecosystem through Provar. The company addresses manual testing constraints by automating the Salesforce UI testing process, making it possible to test the UI, saving time, cost, and resources. One of the prime value offerings of Provar is its excellence in the “clicks, not code” principle which aligns with Salesforce’s own vision.

At the outset of every client engagement, Provar demonstrates its worth to clients through a proof of concept where a limited number of scenarios are tested using sandboxes. Subsequently, Provar offers a Quickstart pack in which the company’s consultants help clients deliver their roadmap of test cases. The company also trains users to create their own test cases. As the user builds a test, Provar automatically identifies key parts of the Salesforce UI, such as lists, page layouts and the like, saving the user effort and reducing the rework required. The result is test cases, which are humanly readable and transparent, making it possible for testers, business users, and stakeholders alike to understand the testing process. Furthermore, the metadata pertaining to the UI fields is used across different testing environments, while it remains unchanged during the transition through the varying UIs in the different environments. Provar’s ability to support both Salesforce’s Classic and its Lightning UI demonstrates its flexibility.

Provar’s key differentiating factor is its speed of testing, being up to six times faster than most of its counterparts to author robust tests. Additionally, Provar brings to the table an intuitive knowledge of the fields on the Salesforce UI that allows the user or the team to manage the testing effectively, irrespective of their expertise in coding.

Provar exists because our customers identified a gap in the market. We trust our customers’ judgement above everything else

Richard highlights the efficacy of Provar through the services they rendered to a multinational telecommunication company. In the initial stages of using Salesforce Sales Cloud, the client struggled with a complex workflow function that led to a large cost overhead to maintain. With over 150 test cases, two testers were used to carry out each iteration, lasting two weeks in duration. In addition to wanting to reduce the effort of manual testing, it was also a prerequisite to support the Agile development by running all the tests automatically at regular intervals. Over the course of Provar’s engagement, the client was able to automate Sales Cloud UI testing and achieve a 50 percent drop in the regression time, all while creating highly maintainable test cases. In another example, Provar helped a healthcare enterprise reduce its regression time by 94 percent, saving significant cost and freeing resources to spend more time on their non-functional tests.

With offices in the U.S., U.K., and India, Provar is now working to establish a base in New Zealand to better support clients in the Asia-Pacific regions. From a technology viewpoint, Provar is focusing its efforts on becoming the tool of choice for mobile testing, as well as partner applications like ServiceMax and Skuid. Reiterating the use of DevOps in Salesforce UI testing, Richard envisions more firms taking strides toward the usage of DevOps, drawing high value out of it, in addition to the ability to deliver changes to businesses incrementally. “Provar exists because our customers identified a gap in the market,” says Richard. “We trust our customers’ judgment above everything else.” 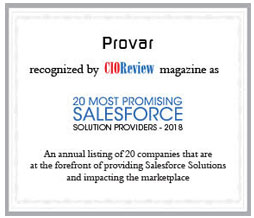 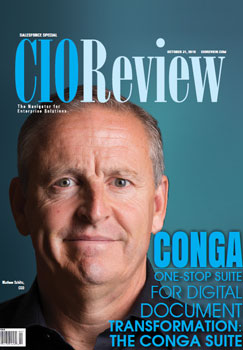