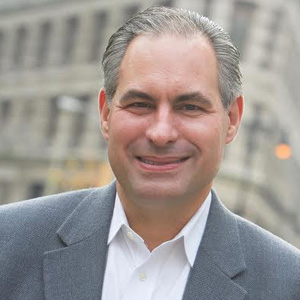 In this case, individual pieces of data are intermittently passed, providing insight into the usage of materials and equipment. As it relates to the Oil & Gas segment, there exists a tremendous opportunity for firms to leverage these devices that whisper into data-driven decision engines to drive profitability and streamline antiquated processes for improved operational efficiencies.

From the Field to the Database

For CIO’s in the energy industry, the Internet of Things has dramatically changed their roles and responsibilities. As in many other industries the function of the CIO has become much more about innovation than about IT. With sensors in the field, the function of the CIO becomes more of a business driver as they now can report real-time information and become a key stakeholder in the growth of the business. Whereas previously, an Oil & Gas CIO would have been tasked with setting up network infrastructure, today their work can consist of setting up an entire Machine to Machine (M2M) communications network in the field with significantly greater uptime than any human solution of machine readouts.

​As technology becomes the leveler in the industry, it opens up firms to be more inventive and drive increased efficiency at a time of margin pressure

To enable the devices that whisper data, there are several network options a CIO can choose to implement in their IoT stack, including cellular, Wi-Fi, Bluetooth, LPWAN and mesh. However, the one network that is extremely cost efficient is LPWAN due to its unique device to network communication technology, which “wakes” a device up only when it has data to transmit, the rest of the time the device is in “sleep” mode, thus lowering the OPEX cost. By lowering the cost of ownership, CIO’s can scale deployment of the devices in the field, putting data at their fingertips allowing for near real-time intelligence and decision making capabilities.

An Engine of Productivity

One of the greatest drains for Oil & Gas firms is non-productive time driven both by the misallocation of personnel and downtime of any machinery. With the current volatility of the barrel pricing, data can be one of the greatest assets of intelligence in marshaling resources. Consider for instance the manpower needed physically read, acknowledge, and report back on the performance levels of equipment in distributed fields. It is a moment in time that can effectively be solved through connected devices. Whispers conducted by connected devices provide pressure, flow, gas, moisture, and tank level. By using connected devices firms can reallocate personnel into revenue generating activities especially during peak production windows, reduce error in readings, and reducing the data return time to real-time, turning oil fields into digital data fields, said another way “Digital Oilfields.”

The concept of the “Digital Oilfield” also helps lower the barriers among smaller producers in the Oil & Gas segment. In the same way that API’s and Open Source enabled start-up disruptors to compete with much larger technology firms, the Internet of Things and connected devices provides the smaller firm a viable opportunity to compete with larger providers. As technology becomes the leveler in the industry, it opens up firms to be more inventive and drive increased efficiency at a time of margin pressure.

Beyond the work done in the field, the IoT also opens up tremendous efficiencies in logistics in terms of tracking oil and the overall materials of input throughout their journey. As is with general shipping and logistics, freight can be tracked either at port to port scanning (confirming a shipment has arrived at a location) or done via GPS navigation. With the former, you leave long periods of a shipment’s journey that are unaccounted for and with the latter, it is an energy and cost intensive process. Similar to work done with machines in the field, the Internet of Things allows for simple tracking for periodically informing the status of equipment and raw materials throughout its journey. Low powered devices enable such things as the checking the temperature of a given tanker to simply knowing where an item is on its journey, enabling visibility like never before. IoT solutions enable Oil & Gas firms and their field and analyst leadership to make informed decisions using data that is now accessible.

In working with the Oil & Gas industry, it is an exciting time for technologists like myself to see these industries experience the benefits that the Internet of Things can deliver. Between leveraging data to inform decision making, better marshaling of workforces, and evening the playing field between large and small producers, there’s a tremendous sea change occurring in the industry with CIO’s playing a larger role in the digitization of the sector.

Unlocking the Value of Connected Cars

Comprehensible Distribution of Training and Information...

The Current Focus is On Comprehensive Solutions

Big Data Analytics and Its Impact on the Supply Chain

Carmax, the Automobile Business with IT at the Core

The CIO's role in rethinking the scope of EPM for...

Transformative Impact On The IT Landscape

Get Ready for an IT Renaissance: Brought to You by Big...

Technology to Leverage and Enable

Speed is the Name of the Game

Technology In Corrections “Things Are Only Impossible Until...

Putting The Awareness In Security Awareness